Breakthrough technology is needed to really tackle the challenge of large scale energy storage. The solution of iron fuel is one such technology.

The technique involves a circular principle in which iron powder is used as a medium for energy storage. Iron fuel can be burned to form iron oxide, better known as rust. In this process, alarge amount of thermal energy are released that can be used in industrial processes. The resulting iron oxide is a solid material, so it can be captured after the combustion process. It is then reused by regenerating it with green hydrogen into flammable iron fuel. In this way, iron fuel offers a revolutionary method to store energy in a circular and carbon-free fashion.

A detrimental side of iron fuel that it has a relatively low specific energy density. Therefore, it cannot be used in applications in which weight is of importance such as cars, trucks and planes. Also, it can only be transported in an economic manner by ship or train. However, most of the heavy industries are located on railways or waterways. Therefore, iron fuel is applicable to those industries. 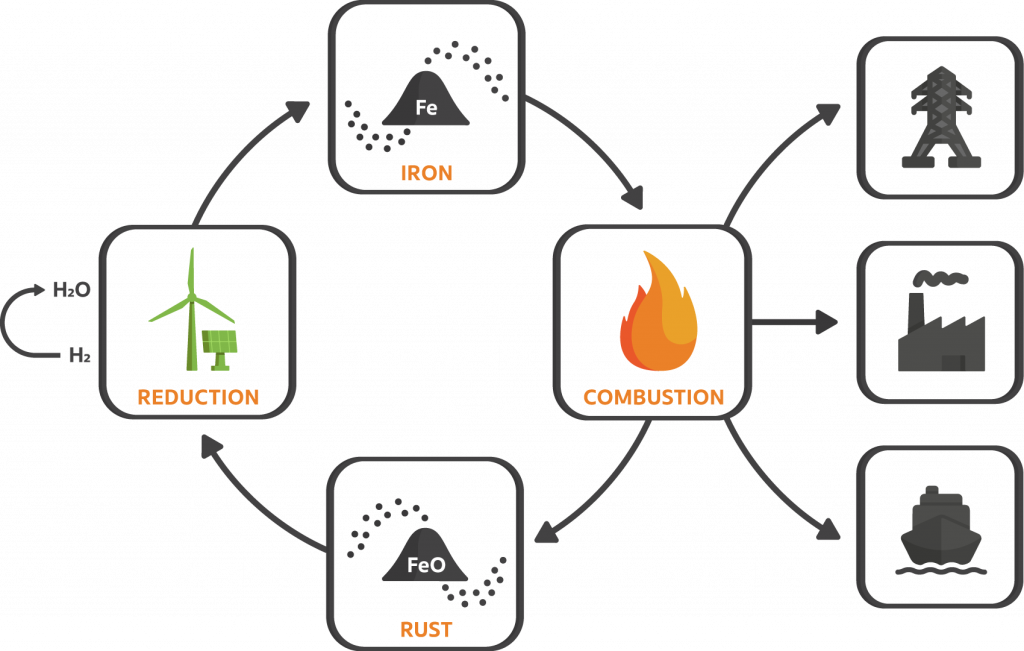 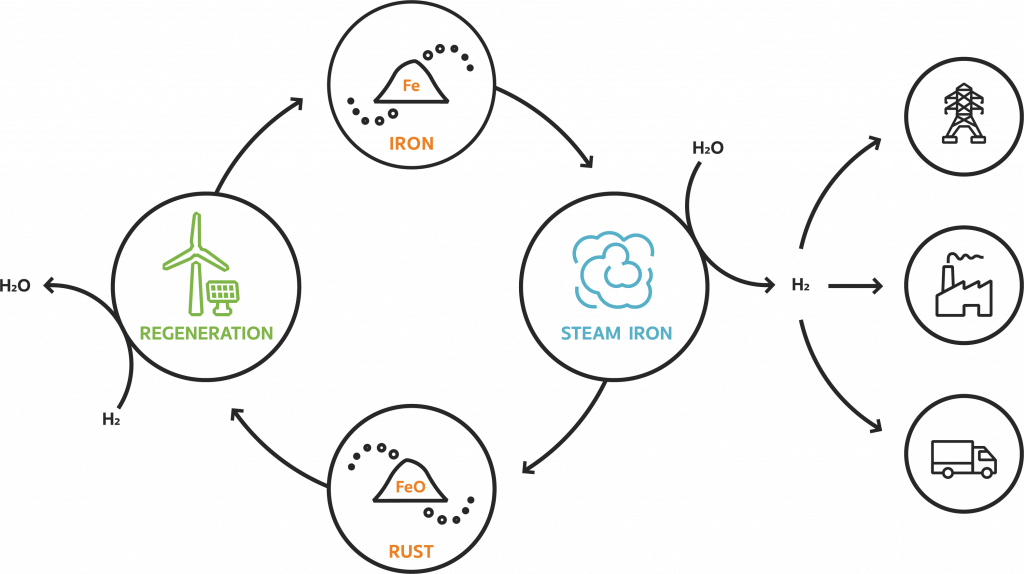 Another solution is Iron-based hydrogen storage, which offers an alternative option to store hydrogen in a safe way. In the so-called steam iron process, steam is reacting with iron to start oxidation. In this process hydrogen and rust are produced. Afterward, the hydrogen can be filtered from the rest products and used for multiple purposes.
The rust that is also produced in the steam iron process can be regenerated by means of carbothermal reduction, sustainable electrothermal reduction or by adding green hydrogen again. In this way, hydrogen can be stored in a circular system. The cycle can be found in the picture on the left. 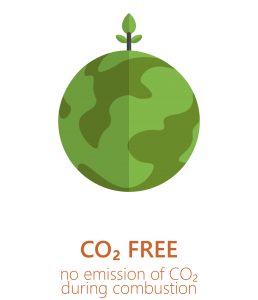 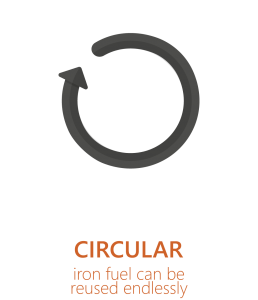 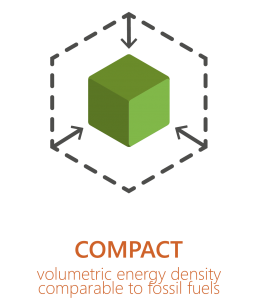 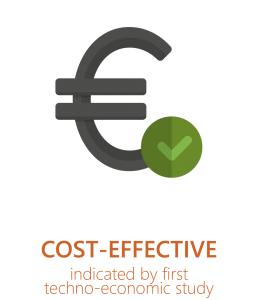 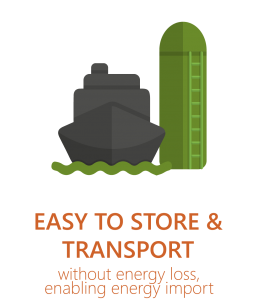 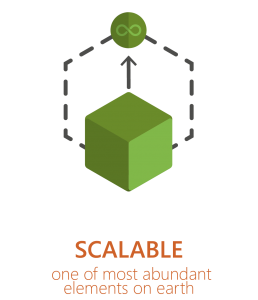 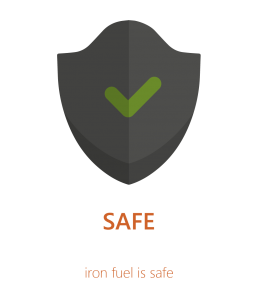 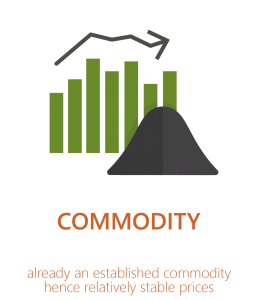